sketched out a wonderful take on the Southampton class destroyer. It's a very sturdy and recognizable design, and the artist has accentuated the iconic features really well. We get an aft view here, so the turrets, engines and small flight deck are in view. It reminds me of the familiar perspective we would see from the Victory's bar or bridge. This is their only Wing Commander designs, but they have many more sci-fi ships in a gallery here. 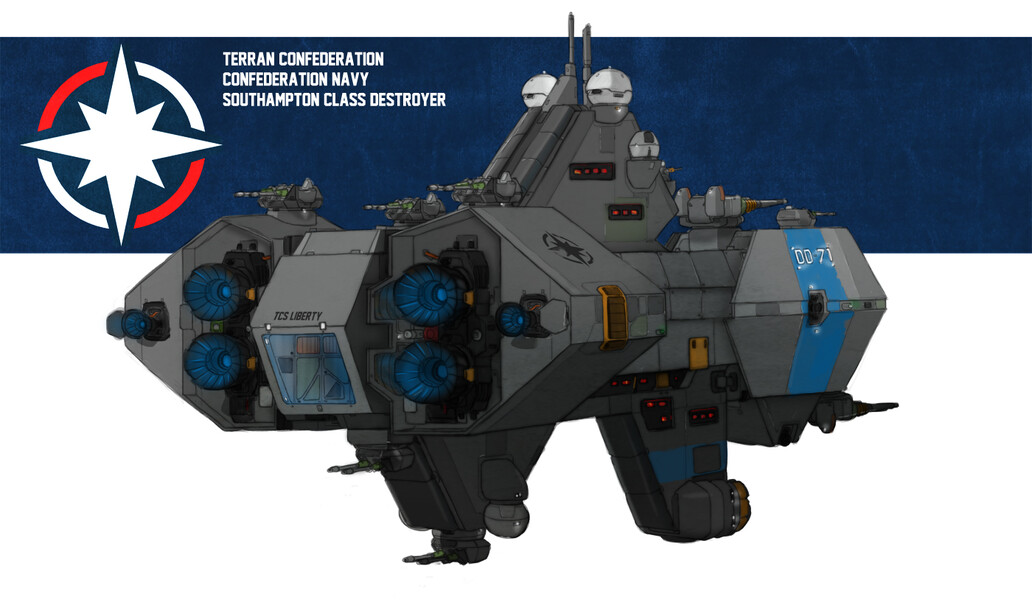 Another universe (game) I recall with fond memories is the Wing Commander franchise so did my take on the already interesting WC3 Southampton Class destroyer. I made it an upgraded version but kept the general feel and structure intact. It is still armed with 9 dual turrets: 2 heavy anti matter turrets (dual barrel) and 7 laser cannons. It has also a heavy missile launcher and is capable to carry a half wing (2x Arrow light fighters) or a shuttlecraft.
Click to expand...

Thanks to Rattler for the tip!