It's not Wing Commander

I so hoped I was wrong, but it's now beyond a shadow of a doubt a completely new IP.

I'm sure a news article will appear soon, huh. But just had to quickly vent:

Don't jump the gun yet...you're right, of course (in that it's going to be something new), but the novels would suggest that humankind made contact with a few other races prior to meeting up with the Kilrathi. Today's entry could easily be referring to one of them.

The ones who should be banging their heads against the wall are the Freelancers...the 23rd century has come and gone, and no Alliance/Coalition War. So definitely not a new Freelancer.

Not a problem either way, really.

I neither think it's a new WC entry anymore but not because of the newest entry (Confederation did make contact with Aliens before the Kilrathi). It was the time capsules about space travel and colonization, they didn't fit in the WC history as far as I know. Also, no mention of Pilgrim, Hopper drive. Of course, it could be a reboot with a new timeline but I doubt that. Well, we'll see...

The Confederation is known to be made up of more than just Terrans. Action Stations has a little bit about other aliens besides the Kilrathi.

Just have to wait and see...

Who cares? Starlancer was awesome too!

I so hoped I was wrong, but it's now beyond a shadow of a doubt a completely new IP.


I don't understand.. what in there suggests that it's not Wing Commander? Aliens, space ships and jump points.


Hold on there! I don't want to say this is absolutely a golden nugget here, but the "Explorer" and "Jumper" are both subtypes of the "Compass" Pilgrim mutation described in Wing Commander Pilgrim Stars. That's pretty amazing, and certainly stands out to me...

Hell, even if it *is* a new IP right now, that doesn't mean it won't become Wing Commander. A lot of people here seem to have forgotten about Star Giants. https://www.wcnews.com/news/2002/01/04/space-in-the-palm-of-your-hand In 2002, a company called Raylight started showing off their new spaceflight engine, and it looked amazingly like Wing Commander! This was one of the first shots released. It wasn't called Wing Commander, but it wasn't subtle about how close it wanted to be! 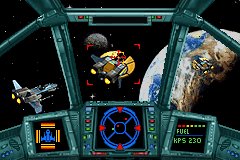 It was all preliminary marketing. The team at Raylight actually wanted to make a Wing Commander game, but didn't have the license to do so yet. Fortunately, "Star Giants" generated lots of positive buzz and nostalgic WC feelings, and six months later, Raylight had a distribution agreement with a company that contracted with EA, and Star Giants was transformed into Prophecy Advance: 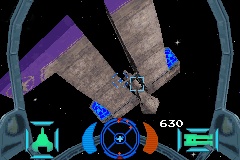 What are the chances this could happen again? We haven't even verified that it's not a Wing Commander game yet, and it certainly seems to me like all of these articles are very carefully written to keep from excluding that possibility.
Last edited by a moderator: May 24, 2018
S

I think it may be a reboot of the WC Universe, but who knows? It sounds cool regardless!

Unless EA or Microsoft are hiding in the background in all this, I think it wont be WC or Star/Freelancer related. New IP seems highly likely.
I

I don't mind a new IP as long as it keeps the same play style as WC, with characters and a story that we can really grow attached to.

Today's 2516 update as good as confirms this isn't WC.


Well, you're right in that it isn't WC, of course, though I might point out that there's still room for a WC reboot here -- they called this world Terra, as in Terran Confederation. A bit of stretch but it's the only counter I can come up with. Give me a break; I just woke up.
D

ChrisReid said:
Hold on there! I don't want to say this is absolutely a golden nugget here, but the "Explorer" and "Jumper" are both subtypes of the "Compass" Pilgrim mutation described in Wing Commander Pilgrim Stars. That's pretty amazing, and certainly stands out to me...
Click to expand...


Intersting, didn't know that (or did forget), I just read "explorer". Still, the timeline does not fit what I know of the WC universe (especially jump technology and the citizenship concept) and I'm betting on a new franchise now (that is quite similar to WC maybe).

RSI site is locking me out. I've reset my password twice.

What is your username at RSI? I can go in and look at the account.

Same as the one here.

Ijuin said:
I don't mind a new IP as long as it keeps the same play style as WC, with characters and a story that we can really grow attached to.

Agreed man. It's all about the gameplay and story. More so gameplay imo. I cant recall a game that had great space dogfights since star lancer and freelancer. In fact I played some starlancer (on Dreamcast!!) last week, still a great game. Tho I cant get the pc version to work on vista. I have it fully installed of the discs (I do own the game), but the game wont go past the launch screen. Anyone know how to get round this?
You must log in or register to reply here.
Share:
Twitter Reddit Pinterest Tumblr WhatsApp Email Share Link
Top