We were just talking about unusual places that the Wing Commander Arena logo was popping up, and here's another one. Collins Cake Creations makes themed cakes in Liverpool, and they've done a number of video game-inspired designs. Their latest is Xbox themed, and it's topped by a Wing Commander Arena cutout. You could nitpick and point out that Arena is a 360 game, that's an Xbox Series X controller and the rest of it are items from the Xbox One, but I love it. Hopefully someone has an awesome 40th birthday! 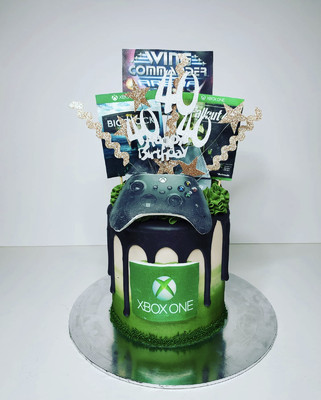