We've shared lots of great pictures of Dennis Mull's Wing Commander collectibles as he's added to the hoard piece by piece. He's arranged a few new shots recently that show off how he's managed to track down different versions of some items. This can be a really daunting task, and I truly applaud the fans willing to go through the effort to hunt down editions available in different countries or languages. He starts off with some nice Privateer 2 and Prophecy spreads: 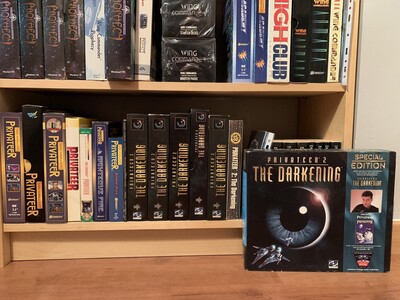 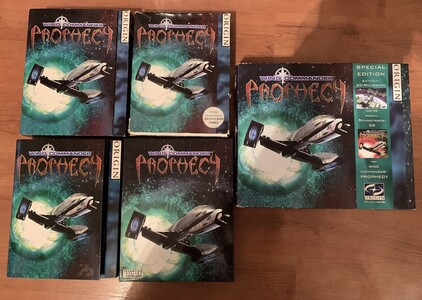 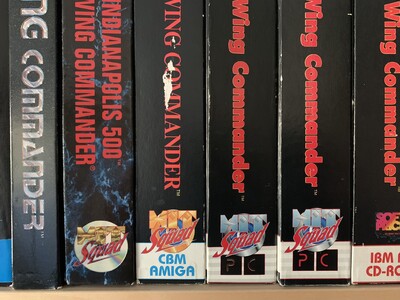 He's even got a nice variety of Chris Roberts' Starlancer made by Digital Anvil. I love how they're such different shapes and sizes. Lastly, I wanted to be sure to include this lineup of Brute Force copies. Brute Force was a Halo-style first person shooter made by Erin Roberts and Digital Anvil in 2003 after they were acquired by Microsoft. It was made to keep the pipe of 'first party' shooters going to the Xbox between Halo releases. It got some flack for being somewhat basic and bland compared to its contemporaries, but it had a really good four player cooperative option. I still own four copies in case anyone shows up ready to play, and I'm glad someone else out there appreciates it! 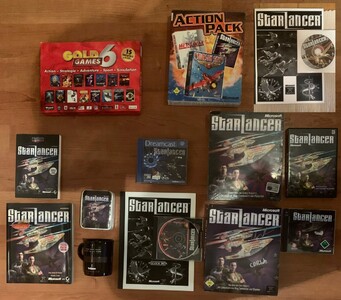 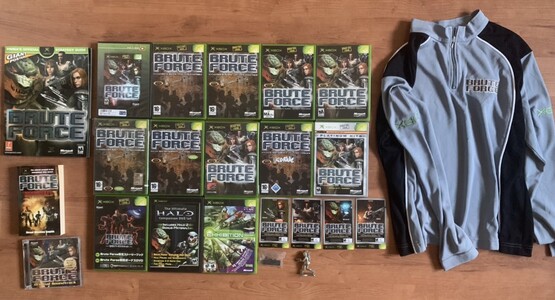 There should be a wiki where everything is listed and illustrated.

There is a wiki! https://www.wcnews.com/wcpedia/Category:Games But it's a considerable time investment by the people with specialized knowledge to write it all up with pictures.

With that title, I was hoping for some Firekkan news.